Fulcrum have placed a clear focus on driving better use of its healthcare facilities, maximising the benefits delivered to the local community and helping avoid valuable space being under-used.

A key part of this is to engage with the local community to better understand the issues they face, and to inform and educate residents about the healthcare choices available to them.

For Fulcrum, using the power of sport – and the reach and influence of local sports clubs – has been a particularly effective way to engage with local residents, helping drive lasting change through better use of community healthcare facilities and by allowing the NHS to spread key health messages further locally.

From rugby to football to boxing, Fulcrum has partnered with a wide range of sports clubs to deliver some award-wining initiatives in communities through the UK.

In partnership with QPR, the innovative ‘R NHS’ campaign aimed to educate local supporters on the benefits of using Fulcrum’s community-based healthcare facilities in west London.

Using football-themed facts and messaging such as “The average waiting time at A&E is the equivalent of two games of football… if you choose to visit a walk-in centre, you can be seen by half-time” offered a simple but very effective way of speaking to fans ‘in their own language’, helping increase impact and awareness.

In total, 12 creative videos featuring players and staff were produced and showcased by QPR via the club website, Facebook and Twitter, and shared across all local NHS channels.

The award-winning campaign was launched to 14,000 fans at a major Championship game, with the videos resulting in huge engagement with local residents with over 100,000 views to-date.

‘BEAT THE SCRUM’ WITH WIDNES VIKINGS

The ‘Beat the scrum’ campaign saw Fulcrum partnering with Widnes Vikings rugby club to help local people “learn how to make the right choices and beat the scrum in the NHS”.

Through a range of video content and matchday activities, Widnes Vikings stars explained to fans that “If you choose the right NHS options, you’ll save yourself time, ensure that NHS money isn’t wasted, and help other people who need urgent medical attention”.

Making the campaign relevant to Rugby League fans helped ensure that the fun and impactful short films were widely shared, resulting in more than 500,000 online video views in less than a year and the campaign picking up a range of awards along the way.

Most importantly of all, the campaign has led to a 25% increase in the use of the Widnes Urgent Care Centre instead of local A&E departments. 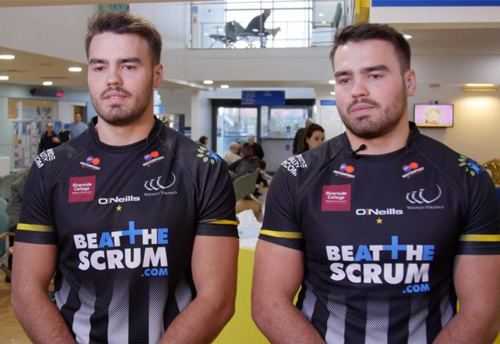 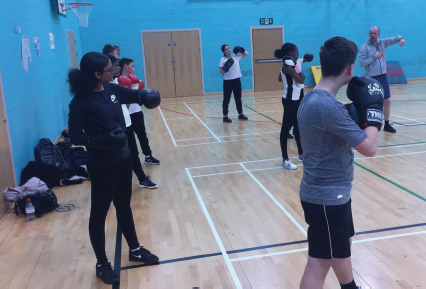 In south-east London, Fulcrum has looked to use its presence in local communities to help support children in steering clear of gang violence and channelling their energy into something more productive.

Crucially, teachers were given training to enable them to run their own boxing classes, ensuring each school could become self-sufficient in running boxing sessions long-term.

Participating children were also named as ‘role models’ and used to demonstrate their boxing skills to larger groups of children, not only giving them a sense of responsibility and self-belief, but also helping them set an example for younger, impressionable pupils at the school